Think backwards – The Problem Is The Solution.

In 1912, Theodore Roosevelt was about to embark on his presidential campaign.

Teddy would tour the country by train giving speeches in towns and cities. His team would leave copies of his speech for people to read and pass on to their friends and families.

On the campaign train, one full carriage was filled to the brim with 3 million copies of Teddy’s speech.

Each copy had a photograph of Teddy on the cover. One of his campaigners noticed a copyright notice below it. “ Copyright — Moffat Studios, Chicago”

They double-checked with Teddy’s assistant…just to be safe.

Turns out he had forgotten to get the copyright cleared. One of the campaign media experts estimated the cost would be $1 per pamphlet, which would be a total cost of $3 million dollars.

The team was floored, they clearly didn’t have that kind of dough nor did they have the time to re-print. Canceling the campaign tour would surely blow Teddy’s Presidential hopes completely out of the water.

In a panic, they referred the matter to George Perkins who was the head of Teddy’s campaign. He happened to be a partner at J.P Morgan and was somewhat adept at negotiating tough deals.

He had also learned the subtle art of thinking differently.

George sent the photographer and copyright owner a telegram

“We are planning to distribute millions of pamphlets with Theodore Roosevelt’s picture on the cover across the country.

It will be great publicity for your studio. How much will you pay us to use your photograph?”

The photographer was delighted with the deal. He was unaware the 3 million pamphlets had already been printed but that doesn’t matter. His studio and reputation were thriving.

George reframed the problem into something of value.

The problem was 3 million copies of the pamphlet had been printed which would cost an extortionate amount to buy out the copyright of the photo.

The solution was 3 million copies of the pamphlet had been printed which was of immense prestige and huge promotional value to the copyright holding studio who took the photo.

The problem is the solution.

(I copied this post from Jake’s Creative Hackers newsletter) 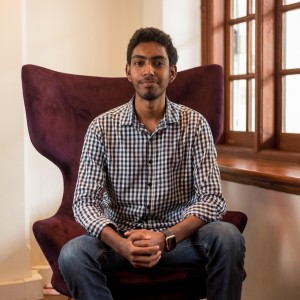